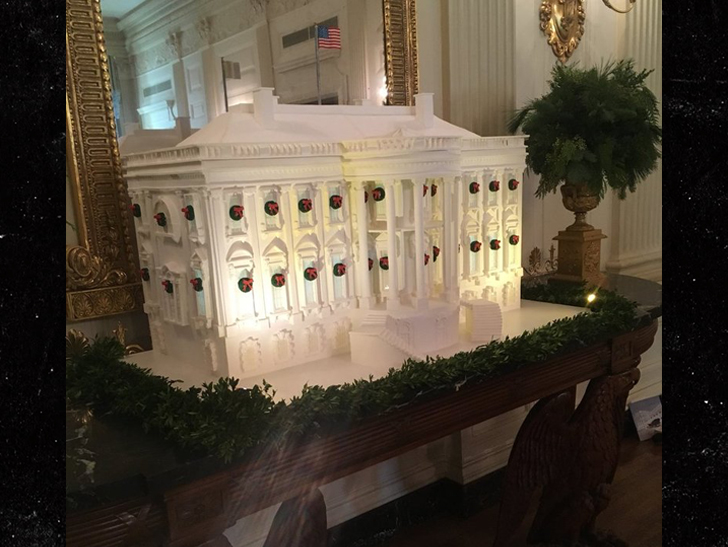 How Did This Tradition Begin?

American presidents and gingerbread have a deep rooted connection that started with Mary Ball Washington, the mother of the first President of the United States. It is rumored that she served her famous gingerbread cake to the French General, Marquis de Lafayette on one of his diplomatic visits. First Lady, Martha Washington, carried on her mother-in-law’s tradition and was known for making gingerbread cakes for foreign dignitaries. Dolly Madison continued that tradition and was well loved for her gingerbread cakes. The Grants hired Lucy Latimer as a cook based off of her delicious gingerbread recipes. Lucy went on to serve her gingerbread for three subsequent presidents, Hayes, Garfield, and Arthur. Grover Cleveland's favorite dessert was a gingerbread cake made with buttermilk, molasses, baking soda, a syrupy topping and nuts. First Lady Hoover, in 1929, decorated the first Christmas tree in the White House Entrance Hall with gingerbread horses and gingerbread men. Then in 1965, First Lady Johnson decorated the Blue Room Christmas tree with gingerbread cookies in various Christmas themed shapes. It is fun to see the rich and tasty tradition follow so many Presidents and now become a staple in the White House during the holidays.
Back to Outdoor Nativity Sets Blog
Use left/right arrows to navigate the slideshow or swipe left/right if using a mobile device