One of the most popular toys of all time, the Yo-Yo was said to have been invented in China or Greece (no one knows for sure), but it only makes its commercial appearance in the United States 100 years ago, in 1928. A Filipino immigrant named Pedro Flores, brought his own hand-made toy to catch guests’ attention on his lunch breaks at a hotel in Los Angeles where he worked as a bellhop. People were mesmerized by the wheel-shaped toy on a string and the different tricks Flores could perform with the toy. Flores saw a business opportunity and began manufacturing his toy, naming it Yo-Yo, after the saying “come home” in his native Philippine language. By the end of the first year, Yo-Yos became a craze across Southern California and Flores was produced over 300,000 Yo-Yos. The yo-yo earned the nickname “Wonder Toy” and entrepreneur Donald F. Duncan saw a gold mine in the toy. He bought out Flores and developed the Duncan yo-yo, which later was associated with the catchphrase “ if it isn’t a Duncan, it isn’t a yo-yo!” It was Duncan that popularized the yo-yo competitions by staging contests to see who can complete the best yo-yo tricks, such as “rock the cradle,” “around the world,” and “walk the dog.” Duncan went out of business in 1965, but many other manufacturers have since filled in the gap left by Duncan and the yo-yo still holds its place amongst the popular toys of today.     1928: Joy Buzzer 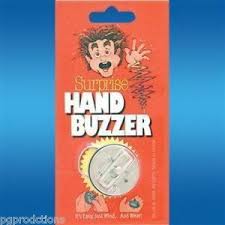 The first prank toy, the infamous Joy Buzzer, has delighted little boys and girls alike for almost a century now. The surprise zap (really just a loud vibrating noise) the little buzzer gives its unsuspecting victims, shockingly is loads of unfettered fun for kids. So much so, that more often than not, kids seek to see how many people can fall for their little gag. The small hand buzzer was created by Soren Sorensen Adams, a Danish inventor who founded the S.S. Adams Co. The toy buzzer was an instant hit. Afterward, the company grew as Adams added other classic prank toys to his collection such as the snake in the nut can, exploding cigar, sneeze powder, and razzberry cushion.     1929: Pop-Up Book

The original pop-up books were actually called moveables. The first known movable book was created in 1240 by a Benedictine monk, Matthew Paris. Paris’ book called the Chronica Majora had paper discs known as “volvelles” attached to certain pages so that monks could calculate holly days on the calendar.

These moveables were only introduced for children’s entertainment until the late 18th century. German publishers Ernest Nister and Lothar Meggendorfer created 3D tab activated books to illustrate children stories. Some of their books required children to lift tabs to see 3D images pop out at them. The downside of these books was the prohibitively high cost to obtain one. 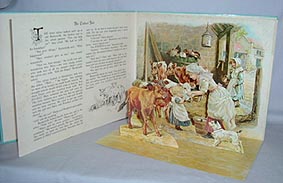 However, Louis Giraud and Theodore Brown of England created a much more affordable version in 1929. Their Daily Express Children’s Annual Number 1 is also the first time we see the modern form of pop-up books become mainstream. This book was the first to have illustrations jump off a two-page spread, giving children a full 360-degree image that began lifting off the page as you lifted the corner to turn to that page. Together, Giraud and Brown produced five issues of their pop-up book, with at least five pages of “living modules” or pop-up images per book. 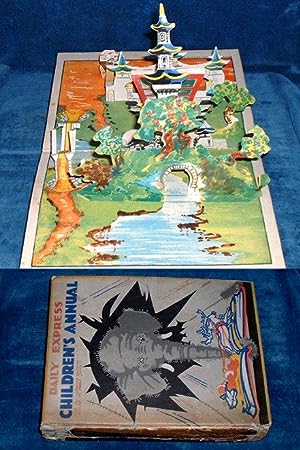