1938: View Master   The View Master, a toy with rotating pictures, has been one of childhood’s best friends for the last 80 years. The look-through, the handheld toy could rotate a wheel of 3D color film slides, telling a story with the pictures. Kids could then swap out the slide wheel for one of the endless options of color slide wheels with various images.   The View Master was invented in 1938 by a photographer, William Gruber and Harold Graves, the president of Sawyer’s Photographic Services. The met at Oregon Caves National Monument by happenstance and began conversations. By the end of their meeting, they decided that they wanted to produce 3D images for tourists to view classic American attractions. They thought of their idea as an alternative to the postcard. They became business partners, releasing their first prototype of the red View Master at the 1939 New York World’s Fair and focused their reels on Carlsbad Caverns and the Grand Canyon. The device was exclusively sold through specialty photography stores until they partnered with Disney to make 3D image wheels of Disney theme parks, TV shows, and films. This really made the toy a household name and sealed their place in history as 65% of the world’s population recognized the brand.

1938: Army Men   Bergen Toy & Novelty Co., known as Benton, was the first American enterprise to make and sell plastic toy soldiers. The company began selling an alternative, cheaper version of the collector toy soldiers found in hobby shops. Benton’s line of toy soldiers was produced in Army green and sold in large plastic bags containing a variety of soldiers molded into different action poses.   At the end of WWII, Benton revised their soldiers to stand up during battles with pods around their feet to hold them up. They also changed up the soldiers to have WWII helmets and equipment. In the 1950s, when plastics toys gained popularity and metal toys declined because of lead poisoning issues, Benton’s Army Men really took off. Every boy wanted their own set of the green plastic soldiers. Benton saw an opportunity to sell more toys by making WWII enemy forces sets. German troops were grey and Japanese were yellow. They also made Allied forces sets with French manufactured in blue and British in khaki. 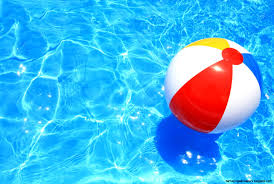 1938: Beach Ball The inflatable beach ball is a staple for any beach outing and has been since 1938. The colorful and lite ball was invented by Jonathon DeLonge. The first beach balls were not the large at all, in fact, they fit in the palm of your hand. Over the years, they got larger and more colorful. Now the most recognizable beach ball has six vertical panels in six different colors of vinyl stripes around the ball. It has an inflatable valve and at the end, there are two circular end panels. They have been the perfect toy for the beach for kids and adults alike as it is easy to retrieve on both the sand and water.
Back to Outdoor Nativity Sets Blog
Use left/right arrows to navigate the slideshow or swipe left/right if using a mobile device