Every year since 1954, under the Eisenhower administration, the White House has held the Pageant of Peace to celebrate Christmas. The pageant involved three weeks of performances and religious observances, including a life-size nativity display. However, the nativity scene’s role in national observances has been embroiled in legal battles since the 60’s. By 1968 there was a growing movement to remove the nativity scene from official government holiday celebrations and by 1973 a court ruling banned the display of a life-size nativity or any other religious symbols from the annual Pageant of Peace. The ban on the nativity scene held from the Nixon era until the Reagan era when the ban was finally overturned. In 1984 the nativity was able to make its appearance once again to the Pageant of Peace.

During the Christmas season of 1961, before the ban of the nativity scene and other religious symbols, a beautiful 18th century Neapolitan creche made of terracotta and carved wood from Naples, Italy along with a backdrop of delicate gold curtains were installed in the East Room of the White House. It became a centerpiece of the annual White House Christmas decor. In fact, President Kennedy’s 1963 Christmas card featured a photo of the creche organized in shape of a Christmas tree. The President and Mrs. Kennedy signed only 30 of the Christmas cards before the President was assassinated on November 30th. The cards were never sent out. [caption id="" align="alignnone" width="500"]

Source: jfklibrary.org[/caption] The creche was made a permanent gift in 1967, when Mrs. Charles W. Engelhard, Jr. of Far Hills, New Jersey donated the creche to the White House collection. Unfortunately, it was not permitted to be displayed in the White House shortly after this gift was made. It would have to wait until the Clinton administration when it was finally restored and displayed once again in the East Room of the White House.

Hillary Clinton as First Lady next to the creche in the East Room.

Source: Jennifer B Pickens (restored version of image) on Oprah.com[/caption]

Here is the creche displayed by George W. Bush when he was in the White House. 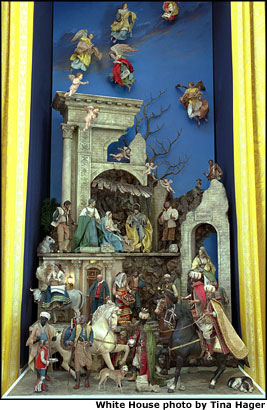 This is a picture of the creche displayed in the East Wing during the Obama administration. Here is the creche displayed during the 2017 holidays by the current administration. 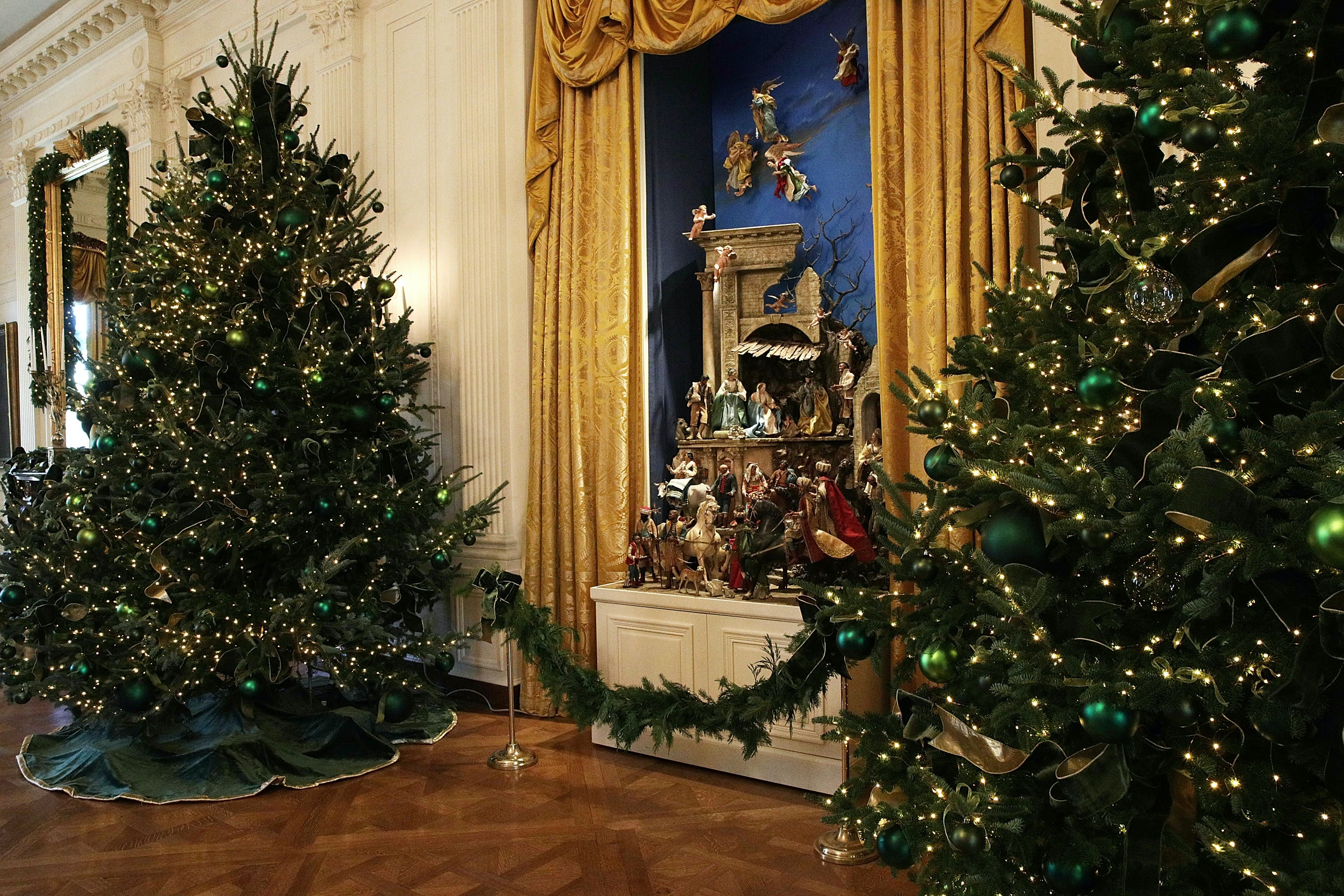 Source: Alex Wong on Getty Images[/caption]
Back to Outdoor Nativity Sets Blog
Use left/right arrows to navigate the slideshow or swipe left/right if using a mobile device